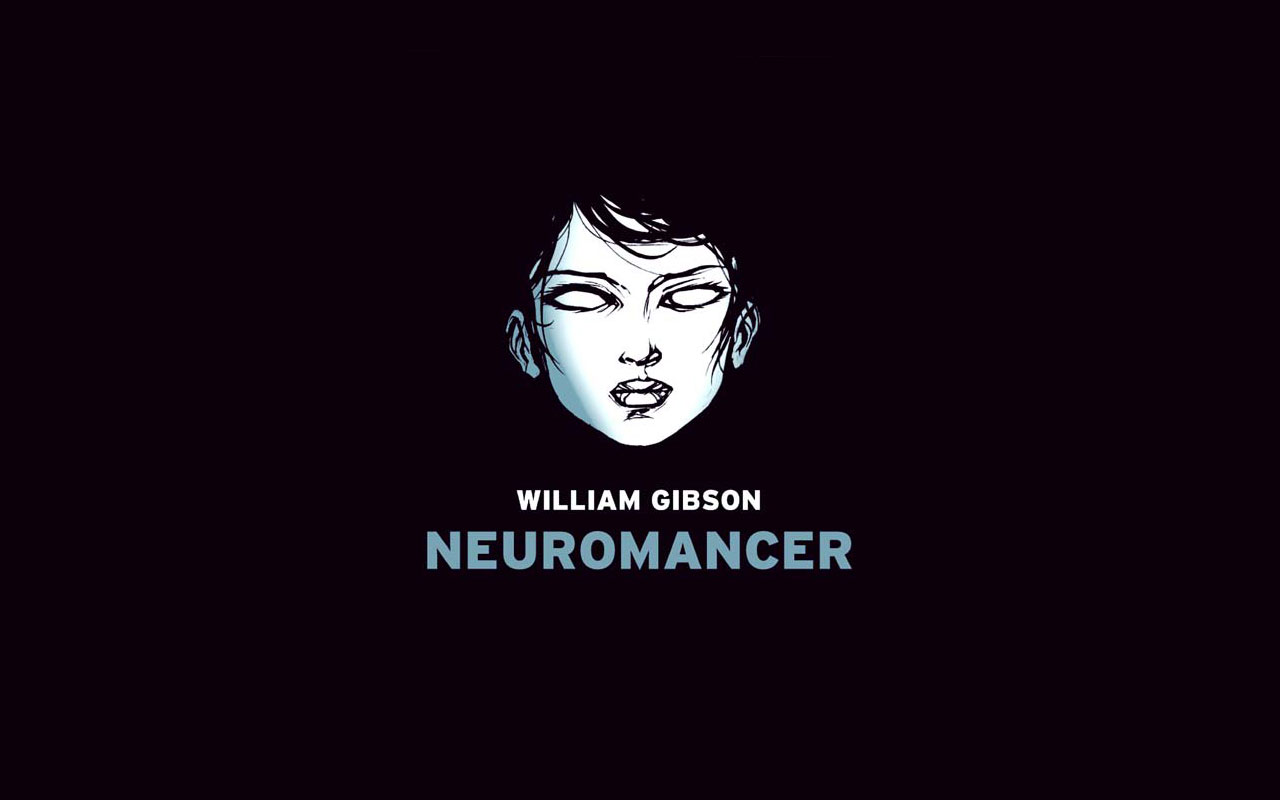 It wasn’t until after eleven years of thriving in the cyberpunk culture –eleven years of being jacked into the internet, networking on MUDs and chat rooms– that I decided to read the originator of its movement. Neuromancer by William Gibson can be described as a book from the future that found its way to print in 1984. Reading it in 2012 was like travelling back to the pure essence of all debates cyberpunk.

The plot is set in 2200 in a world of an online matrix and cyborgs, viewed through the eyes of a cyberspace “cowboy”, Henry Dorsett Case, who has been banned from the matrix for using it for illegal hacking. We start off seeing him mourn the loss of the matrix network. Whereas the internet was a new thing in 1984, in 2012 the pain Case goes through resonated deeply inside me. I’ve recently moved house and have not had internet for three months. Gibsons talk of “meat” and the physical constraints of the real world are not science-fiction anymore. From just the beginning of the commercialization of the internet Gibson managed to extrapolate a future human experience that is now very real to the present connected self.

Neuromancer talks of artificial intelligence, the perception of the real, what it is to be human, machine, AI, the limits of the human body and the vastness of the human mind. Philosophies of Ghost in a Shell, The Matrix, Blade Runner, 2001: A Space Odyssey, Deus Ex all weave themselves together into a tight network of understanding. There were various scenes where Case would talk to an AI in the matrix. In a whip of irony, the AI would often be more metacognitive than the human.

The world is essential in the presentation of these topics and the architecture in Neuromancer alone deserves an essay of its own to give it justice: from the intricacies of a virtual dimension, designing for impossible perspectives and the personality and storytelling qualities of the architecture. There is one recurring image that was particularly striking and that is of the hive. Compared to a wasp nest, tightly packed with larvae, Gibson shows us the architecture of a city that has grown into itself. Secluded in their riches, they live in their own realities, preserving their bodies and multiplying their data.

Having been to various digital expos and computer-related events, the hive felt like a very morbid version of reality. The dream (and sometimes lifestyle) of having a self-sustaining body as your mind wanders the extremities of cyberspace is held by one too many acquaintances including, I must admit, my past teenage self. The hive hit home what might actually become of us should we lose touch with our bodies and with reality. Maybe cutting off on facebook and fanatic videogaming doesn’t seem like a bad idea.

As time moves on, it feels like Neuromancer has not lost but gained in relevancy to our present lifestyle. It is a classic eye opener into our culture and humanity that should be read by all willing to learn about our role in a technological world.